Be the first to review

Glenn Harrold's phenomenally successful hypnosis audio series continues to go from strength to strength. They are officially the UK's best-selling self-help CDs and MP3 downloads, regularly featuring at the top of the Nielsen booktrack and Amazon (UK and USA) audio book charts. Sales on all formats now top 1.3 million!

In the first quarter of 2009 Glenn Harrold was the 10th best selling audio book author in the UK, only being outsold by the likes of JK Rowling and Agatha Christie. All Glenn's audio titles are now on the Appstore. His Hypnosis Apps have been downloaded over 250,000 times in the first 6 months of 2011.

Glenn writes self-help books for Orion in the UK and McGraw Hill in the USA, and produces hypnotherapy CDs/MP3s for BBC audiobooks, Orion and Diviniti Publishing. In 2006 Glenn was delighted to receive a gold disc from Nielsen Book data for sales of over Â£250,000 of his best selling hypnosis CD Complete Relaxation.

How we became the Market Leaders

The reason for the success of Glenn's hypnosis recordings is in the quality and content of the recordings. On each digitally mastered hypnosis CD, MP3 download and App you will hear a pleasant voice guiding you into a deeply relaxed state of mind and body. Glenn's Hypnosis DVD versions also include hypnotic graphic subliminal imagery.

To compound the therapeutic effect each recording includes layered echoed background affirmations which pan from left to right in your headphones - a deeply relaxing and unique effect, 60 bpm sound effects and powerful post hypnotic suggestions. There are also background sound effects recorded in specific musical keys and frequencies to compliment the hypnotic suggestions and deepen the relaxation effect. In addition to this there are a number of powerful subliminal suggestions embedded in the fade out music, which enhance the overall effectiveness.

Glenn has 20 years experience as a clinical hypnotherapist in one to one therapy sessions, and in recent years he has worked with many celebrity clients. In 2011 he was made a fellow of the British School of Clinical Hypnosis for his high profile achievements.

The BSCH adhere to a very strict code of ethics and are the only UK organisation affiliated with the training of doctors and other health professionals in the art of hypnotherapy in the N.H.S. Glenn has helped thousands of clients with a wide range of stress related problems.

Before becoming a hypnotherapist he was a performing and recording musician. Combining his hypnosis skills with an extensive recording expertise enabled him to produce a uniquely effective series of high quality hypnosis recordings.

Glenn Harrold is one of the world's most successful hypnotherapists. He has helped thousands including many celebrities in a 20-year-career and has sold over 7 million hypnosis CDs, MP3 downloads and Apps.

His hypnotherapy titles are well established as the UK's best-selling self-help CDs and downloads of all time, they still consistently top the self-help audio charts on Amazon, iTunes, Audible and the App Store.

Glenn writes self-help books for Orion in the UK and McGraw Hill in the USA, and produces hypnotherapy CDs for BBC Audiobooks and Diviniti Publishing. His seventh book, The Answer, was released worldwide by Orion in Jan 2012 (Hardback) and Sep 2013 (Paperback).

In 2006 he was awarded a gold disc from Nielsen BookData for sales of over £250,000 of his best-selling CD, Complete Relaxation. This is the only gold disc Nielsen have awarded to an author in the self-help genre. In May 2011 he was made a Fellow of The British School of Clinical Hypnosis in acknowledgement of his achievements in the world of hypnotherapy.

There are currently no reviews for this company

All fields are required. Your review will appear immediately.

Thank you for submitting your review.
There was a problem submitting your review. Please try again later.
Incorrect password. Please try again.
You cannot review your own business
Reviews are limited to one per user and you have reviewed this business before.
The email address you have entered is already registered. If you have forgotten your password use the 'Forgotten your password?' link to reset it. 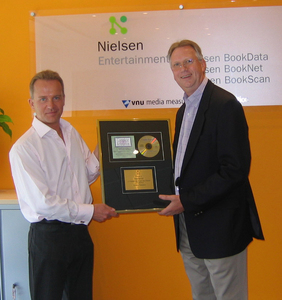 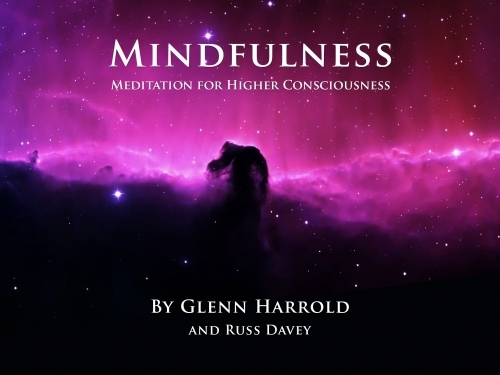 We offer these services

We offer these payment methods